As it often happens when I create a jewel, everything started with the stone. In this particular case, a beautiful golden brown rough octahedral diamond. Castiglione only appeared in a second time during the genesis of this ring, which I created as one of the highlight pieces of the “Diamond Like Me” exhibition. It illustrates a wider reflection on the analogies between the human condition and the diamond as our society perceives it.

Diamond is a commonplace subject par excellence in the jewellery field. It seems like everything has already been said and heard about it. Especially when it comes to superlatives, like “the most valuable”, “the most famous”, “the most mysterious”, “the most expensive” diamonds… The list is simply endless.

Yet it seems to me that we completely miss the point. First, because the diamond is not exclusively a colourless stone. Naturally coloured diamonds do exist, in greater or lesser proportion. This variety primarily comes from the presence of impurities (nitrogen, boron, hydrogen, nickel), inclusions (graphite or carbon) or from physical phenomenons such as plastic deformations. Indeed, during its growth in the mantle, between 150 and 1000 km deep, the diamond, this pure crystal of carbon, comes into contact with other chemical elements (minerals or gas) present in its birth environment. These chemical elements will constitute the inclusions that are visible inside the diamond. They actually form its DNA and the stigmata of the “accidents” that occurred during its growth within the Earth matrix. The wonderful thing is that when this stone is brought to the surface from the mantle in a rare type of magma called kimberlite, it brings us rare examples of the physicochemical nature of our soil. In other words, all these inclusions tell us the story of the earth on which we live.

Knowing this, you will no longer look at a diamond the same way. From now on, its inclusions will appear to you as fantastic landscapes in which one can travel endlessly … The perfection of colourless and faceted diamonds and the sophistication of the cut are obviously marvels of the human genius. But to me, they are nothing compared to the wonder of Nature. Can you just imagine that one of the natural forms of the rough diamond is a perfect geometric volume: the octahedron (two square pyramids joined together by their base)! Nothing less than one of the Platonic solids. It deserves some respect, doesn’t it?

Fashion and marketing tend to reduce the diamond to a perfect and eternal stone. Some would say “cold”. It is true that pure and flawless diamonds are rare. But this is exactly the reason why so many people do not like it. And I think they are right, because literally, a pure and colourless diamond does not tell us much. It is a blank page.

For stones, as well as for humans, perfection can become really boring. Yet, what does actually make us who we are? What makes us remarkable and unique? Where does our inner strenght come from? Well, from our past experiences, whether good or bad, from our wounds and sufferings… But in a time when everything that counts is the standardization of tastes and appearances, these are vain arguments. Uniqueness is indeed perceived as “different” (if not suspect!) and not as something “singular”, that deserves some interest.

Hence, the character of Castiglione has become an evidence to me. Through this ring, I wanted to stage the idea of a natural perfection, not optimized but rather modeled: through effort, through education, through a voluntary physical and intellectual work.

Each human being comes to life gifted with unsuspected potentialities. Then, each of us has the power to become a better person providing we improve ourselves through active work, culture, education, thus consolidating your natural qualities and having a chance to be truly free spirits. The Humanist spirit celebrates the virtue of knowledge as a key to freedom and Baldassare Castiglione, author of the Book of the Courtier perfectly embodies this philosophy.

Ask not (’tis forbidden knowledge), what our destined term of years,
Mine and yours; nor scan the tables of your Babylonish seers.
Better far to bear the future, my Leuconoe, like the past,
Whether Jove has many winters yet to give, or this our last;
This, that makes the Tyrrhene billows spend their strength against the shore.
Strain your wine and prove your wisdom; life is short; should hope be more?
In the moment of our talking, envious time has ebb’d away.
Seize the present; trust tomorrow e’en as little as you may.Horace, Odes, I, 11.

Looking back at the portrait of Castiglione painted by Raphael, I was once again fascinated by the discreet sensuality that emerges from his person. The courtier, the man who is depicted here, all dressed in dark colours, almost austere, is not exclusively rigorous and disciplined.

Although controle and confidence are obviously the main features of the personality of Castiglione, Raphael definitely conveyed a lot of life to his friend’s portrait, through the softness and the luxury of the materials, the sensuality of the beard and the vivacity of his blue eyes. There I saw the opportunity to give a slightly different tone to my jewel by linking it to the genre of vanity. But as a hidden kind of vanity. 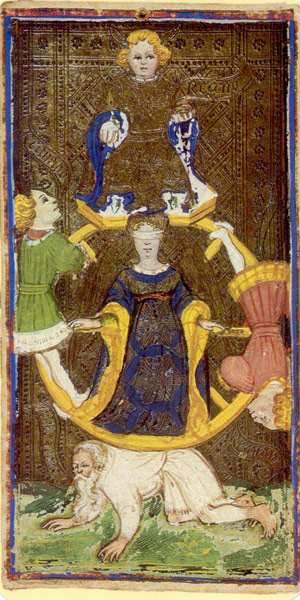 Among the representations of Vanities, I am not very fond the Memento Mori genre. It emphasizes the iconography of Death in such a demonstrative way that is too baroque to my taste. For Dido & Aeneas, which is one of my rare Vanity rings, the allusion to death is a little bit more obvious because of the use of the antique bronze arrow, but in that case, I really wanted to remain faithful to the hermetic and highly symbolic spirit of the end of the Renaissance. This ring is deeply influenced by the spirit of Horace’s “Carpe Diem”.  The look of Castiglione is a caring and trusting injunction to live, to exercise one’s mind. It is not a warning glance. He questions you peacefully.

The octahedral diamond provided me what was lacking: the movement. Seizing the moment is to keep in mind that what exists today, does not last forever. Nothing can be taken for granted, nothing is eternal. Everything moves, changes and evolves. The diamond itself, yet King of the mineral world, was born of a carbon atom. If you throw it in a fire, it will instantly burn to ashes…

I have therefore decided to stage my diamond surrounded by emptiness, so that the eye can embrace its eight facets. I have first forged the pink gold ring’s body on the anvil. The octahedron is thus suspended between the two ends of the metal ring. It pivots on itself, like an hourglass that you invert once the upper bulb is empty, but here it is not what I had in mind actually. I was thinking more of the prayer beads or pastimes that are still commonly worn by men in the Middle-East.

Lucas Cranach the Elder, Portrait of a man, circa 1508, Met Museum, New York.

I wanted to reproduce this very special movement that the thumb and index finger make together to count the beads. And in fact, the diamond turns on itself like a sphere to materialize the passage of time. Finally, I added a green golden thread that underlines the fragility of this unstable edifice which is life.

I have a great affection for this ring because I like the way it operates, rather unobtrusively. Its abstract form, devoid of any literal reference to its subject, makes it very accessible. If designed in a more classic way, this ring would have been more intimidating, while here it can perform its function: a very intimate and personal recall for its wearer, who is the only one who actually knows the message hidden inside its design.

About the Author: Robert Mazlo

Robert Mazlo is Maestro d'Arte in precious materials and awarded gemologist of the former National Gemological Laboratory of Milano. He is expert to the Court of Appeals of Versailles, specialized in ancient jewellery and precious gems.

Sorry, the comment form is closed at this time.